9 Best Brands of Noodles in Nepal

According to current research, more than 45,00,000 noodles are utilized per day in Nepal, which is the third-highest country in the world where noodles are most consumed. In opposition to India and China, Nepal has the largest consumption rate of noodles as snacks. So, we can say that Noodles in Nepal are a pretty famous snack.

Noodles in Nepal are remarkably popular and made a special place in Nepalese consumers heart. Hence, here are some of the Popular Brands of Noodles in Nepal and imported noodles that have enjoyed by the taste buds of Nepalese people:

A loved Nepali brand by all, the tales of Wai Wai started since 1972. This is one of the renowned Noodles in Nepal by Chaudary Company (CG). Wai Wai noodles are the most loved snacks and popular brands of noodles for an average Nepali. These noodles are also spreading all over Asian countries.

It can be eaten staring from the packet, soup, or fried like a Chowmein. Unlike ordinary noodles, these noodles are pre-cooked, flavoured, seasons and fried before packing. The noodles are available in Chicken, vegetable, Pizza, and Tama flavour. Inside the packing, we can find chilli powder, spices and onion oil which is used for soup or fry. According to them, Wai Wai noodles are rich in carbohydrates, mineral and proteins.

Rara is also another well known white instant noodles. This noodle is one of the popular snacks in Nepal. This noodles can also be eaten staring from the packet but many people prefer to eat soup. Rara noodles are also pre-cooked, flavoured, seasoned and fired before packing. The factory of Rara noodles is located at Pokhara and produced by Him Shree company. Inside the packet, you can see mixed spices which are used to prepare the noodles soups.

This noodle is also the most beloved snacks in Nepal. This noodles can be found in two flavours, Chicken Soup Base, and Vegetarian Soup Base. unlike ordinary noodles, this noodles is also pre-cooked, flavoured, seasoned and friend before packing. According to the company, this noodle has Vitamin A, Vitamin D3, Calcium and Proteins.

2PM Noodles is popular in Nepal, India and Bhutan as well. These noodles are sold through the major cities of Nepal. These noodles have different varieties like Akabare Chicken, Cup Noodles Classic chicken soup base and Akabare Veg Curry

Current Noodles are made from Bhaerawaha and Butwal by Yashoda Foods Pvt. Ltd. the famous brands of this noodles are Current Hot, Spicy Noodles, Zooey, Lali and Kalij. Mostly, Current Hot is being more popular in younger generations.

Asia Thai Foods is the leading noodles company. This company made Preeti Noodles which is brown in colour with chicken flavour. This noodle is packed hygienically using quality ingredients under strict quality supervision. This noodles can be enjoyed anywhere and contains light nutritious, claims the company.

This noodle is just launched in the market by the rising food industry, Siddha Vinayak. Since Gazzabko has been an Excellent quality instant noodle and is also the best brand of the company. They also export their product to Bihar and Uttar Pradesh.

Bonus Noodles is a new emerging Nepalese noodle product made by Pokhara Noodles Pvt. Ltd. There is both Vegetable and Chicken Meal Pack

Ramba is also another famous snack of Pokhara Noodles Pvt. Ltd. the noodles come is both vegetable and chicken flavour. This noodle is tasty and delicious. It can be consumed straight from the packet or soup. 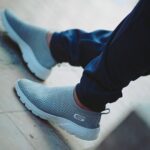 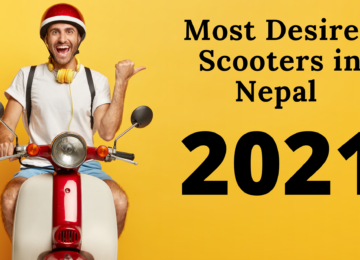 Top 7 Best and Most Desired Scooters in Nepal 2021 Preeti to unicode and unicode to preeti converters